About A. J. McMurphy’s 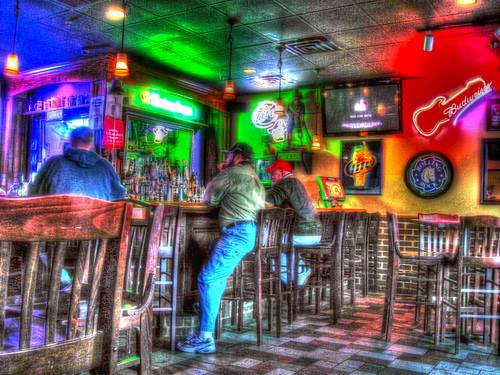 When Don Acheson and Tony Joyner opened the doors to A. J. McMurphy’s in October of 1994, a St. Patrick’s Day tradition was born. Established as the ﬁrst authentic Irish pub and restaurant in Greenville NC, they offered authentic food and drinks in a warm, welcoming environment. St. Patrick’s Day was no exception as patrons throughout Pitt County would stop in for a plate of corned beef and cabbage and of course, their favorite beverage. Local musicians played and customers were known to occasionally belt out a tune as well.

Through the years there were small twists and turns, (a brief change in management and a shift towards a “pirate-theme” decor) but the St. Patrick’s Day celebration continued to grow. A. J. McMurphy’s was returned to its original Irish glory in 2008 when the current owners Bill and Shannon Stom purchased the business. They wanted AJ’s (as it often referred) to be restored to its humble beginnings, with a “Cheers” like atmosphere “where there are no strangers, only friends you haven’t met yet”.

A new menu was introduced featuring traditional Irish fare, including Bangers & Mash, Reubens, Irish Stew, Pub Fish & Chips and of course, Guinness on tap. But they didn’t stop there. St. Patrick’s Day was getting a revival as well. Enter the Greenville Public Safety Pipes & Drums, an amazing group of talented musicians. Formed in 2008, this non-proﬁt group (funded by local sponsors and fundraisers) primarily performs at events and ceremonies for Law Enforcement, Fire & Rescue, and Military in Eastern North Carolina. One of their goals is to build a positive relationship between Public Safety Professionals and the community through traditional Irish bagpipe music. The St. Patrick’s Day celebration at A. J. McMurphy’s would take on a whole new level with the addition of these wonderful performers!